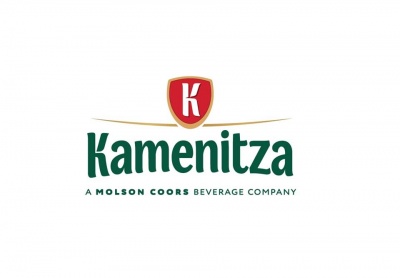 Molson Coors Beverage Company will soon be the first one to launch a new type of alcoholic beverage – hard seltzer – simultaneously on the markets in Central and Southeast Europe. In Bulgaria the hard seltzer will complement the rich portfolio of Kamenitza AD in the emblematic for the company year in which it marks its 140 years since the creation of the first Bulgarian beer. With this move one of the largest global brewers expands its product portfolio in the category of other alcoholic beverages in the region of Central and Eastern Europe.

Hard seltzer is a new type of alcoholic beverage which for a very short time turned into an absolute hit in the US and other parts of the world. It consists of sparkling water with natural flavors, alcohol content between 4 and 6 % and with its refreshing taste it is already called one of the world’s most beloved alcoholic beverages. In the last two years the hard seltzer grew with 200% in the US, tripling its volume and winning a market share from 0.8% to 2.6% in 2019 versus 2018. Expectations are that in the next two years the beverage will turn into a category worth 4.7 billion US dollars, which according to the marketing experts is due to its refreshing taste, which makes it suitable for various occasions and also – due to its modern look and feel.

The hard seltzer of Molson Coors is with natural flavors, no artificial colors and sweeteners, gluten free and suitable for vegans. “Our company ambition – as we stated it last year - is to go beyond beer, exploring other territories, other segments, offering alternatives to our consumers around the world.  Our research and results from large markets, such as the US, showed us the great potential of hard seltzers. That's why we decided to offer adult customers from Central and Southeast Europe this type of alcohol beverage that is conquering the world at a rapid pace”. Sergey Yeskov, CEO of Molson Coors Beverage Company for Central and Eastern Europe.

The hard seltzers show a stable triple-digit growth rate in the US market. The first hard seltzer brands already started to appear in Europe as well. The countries of Central and Southeast Europe are increasingly embracing global consumption trends, which is why a new category of a refreshing, different alcohol beverage will appeal to the consumers in this part of the world, after demonstrating its fulminant expansion in other territories.

“We believe that hard seltzers are a type of drink that will become increasingly popular in the next years, just like it did in other markets around the world. We at Kamenitza have always been innovators, looking for ways how to build on our portfolio in the strive not just to delight the consumers, but also to surprise them, to offer new and different experiences. We are excited that exactly this year when we celebrate our 140 years anniversary, we are doing this again.”, shares Vladan Matic, Executive Director of Kamenitza AD.

The new hard seltzer from Molson Coors that will be launched in the CEE Region in the beginning of the summer will come in different flavours catering for different taste buds and consumption occasions.

Kamenitza AD is one of the leading brewing companies in Bulgaria, part of the international Molson Coors Beverage Company. The company has more than 140 years of experience, history and traditions in brewing. Beer is in the heart of Kamenitza, and the passion of the employees for brewing is what turns the barley into an amber liquid beer. Kamenitza AD is proud of its rich portfolio of some of the most beloved beer brands such as Kamenitza, Burgasko, Astika, Staropramen, Stella Artois, Corona, Beck’s and many others.

The company operates a brewery in the town of Haskovo and a microbrewery for hand-made beers in Plovdiv. One of the company's priorities is to do business in a responsible and sustainable way and to engage employees and partners with initiatives that increase the business's positive impact on the environment and society. First choice for employees, customers and consumers is the ambition that leads the company forward. For more information, visit www.kamenitzacompany.bg.