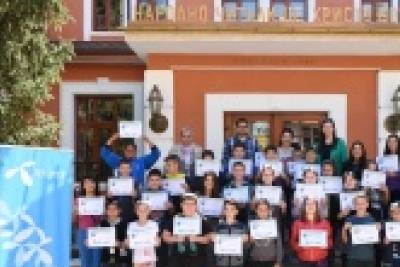 Within its online safety campaign, Telenor supports a series of trainings and workshops for pupils aged 11-13 which will be held in six Bulgarian towns – Bozhurishte, Elena, Shabla, Pomorie, Panagyurishte and Stara Zagora.

The Cyber Scout programme is held for a second consecutive year and is aimed at raising awareness of students and teachers about the risks on the Internet and ways of overcoming them. The educational initiative is implemented jointly with the National Safer Internet Centrе.

The first training within the campaign took place on 11-12 April involving 26 fifth graders from the towns of Bozhurishte and Kostinbrod. During the two-day workshop, children learned the main rules for online safety, including how to recognize and avoid dangers on the Internet, and to whom they can turn for help. In addition, they had the opportunity to try out different strategies for dealing with cyberbullying and other problems online.

The next trainings from the Cyber Scout programme will be held in the towns of Elena and Shabla in the beginning of May and June respectively, followed by workshops in Pomorie, Panagyurishte and Stara Zagora in the fall.

At the end of the training participants receive certificates for its successful completion and have the chance to organise their own initiatives in order to pass on their knowledge to their peers and help them in cases of cyber abuse. The best performing teams will win special prizes from Telenor at an official awarding ceremony to be held on the International Safer Internet Day in 2017.

The first edition of the Cyber Scout programme in 2015 involved a total of 126 pupils from the areas of Smolyan, Vidin, Shumen, Pleven and Targovishte. Telenor supports the initiative as part of a long-term commitment to provide the safest internet experience possible. The operator holds an annual educational campaign which was focused on identifying the various forms of cyberbullying through a specially developed manual available at http://cyberbullying.safenet.bg/.

At the end of 2014 Telenor was the first company in Bulgaria to launch a filter that blocks web domains containing child sexual abuse materials. More information on the Telenor initiatives related to child safety online is available at the company’s website.