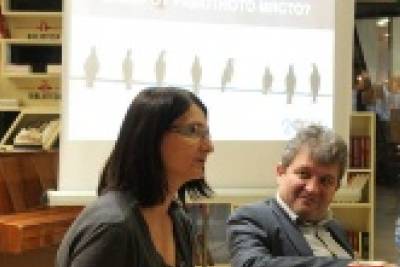 Support from the senior management, legitimate charitable causes, extensive feedback on achievements and complete transparency guarantee the success of employee donation programmes, according to representatives of VIVACOM, Mobiltel, Investbank, Aurubis, Coca Cola, Citibank, Overgas, Sopharma and other companies that participated in the presentation of a special survey among  the top 100 companies with the biggest profit in 2014. The discussion was also attended by representatives of the American Chamber of Commerce, the UN Global Compact and the Bulgarian Mining Chamber.

The survey, performed  by Junction Bulgaria in November 2015 - February 2016  was commissioned  by the Bulgarian Charity Aid Foundation ( BCAF ). It was conducted among the largest companies in terms of profit: 38 companies comprising the biggest employers and advertisers with a total number of employees exceeding 30,000.

According to the survey, for  2/3 of the companies employee donation is a sustainable practice rather than ad-hoc decision. Data showed that 25% of the companies in the survey give every month (payroll giving), 38.9% give more than twice a year, and 16.7% give twice a year at special events. Only 24% of the largest employers and advertisers in Bulgaria have no employee giving programme. 85% of the companies match donations from employees. The study also shows that with international companies charity is an element of corporate strategy, whereas in Bulgarian enterprises employee donation is a result of their company culture. The sector in which businesses operate also matters: for instance agriculture, albeit profitable, has poor giving  traditions while  for telecommunications and finances the opposite is true.

“If 1% of all active people in Bulgaria donate BGN 10 every month for a year, BGN 3.5 million will be raised for social good. Employee donation has to do with corporate procedures but essentially is a private and emotional decision that meets our personal urge to help”, said Elitsa Barakova, CEO of BCAF, said.