Tole-run, or Running for Tolerance, on 13 September 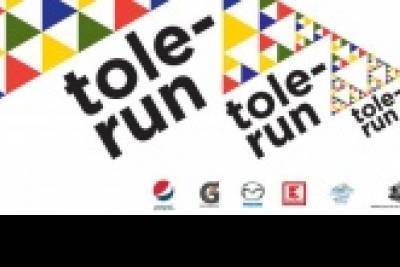 Tole-run, the event that celebrates sport and tolerance, will be held on Sunday, 13 September  2015, starting 10 a.m. in Sofia’s South Park. The distances that amateurs and professionals can cover are 5, 10, or 21 km. There is also a 2-km-long free city run for children and families, as well as lots of entertainment and live music.

A couple of organisations pooled efforts for this year's Tole-run. Each of them will have a participant in the run who is also a driver of the event: Tamir Shabat, CEO of Quadrant Beverages, which recently joined the Forum, Hristo Grigorov, Bulgarian Red Cross Chairman, Stanislav Georgiev, co-founder of Begach, or Runner,  Sports Club, Shaul Kamisa-Raz, Izraeli Ambassador to Bulgaria, Krassen Kralev, Minister of Youth and Sport, and Sofia Municipality.

Tole-run which was first held in 2013 has a charity element, too. This year it supports the Hot Meal programme of the Bulgarian Red Cross. Over 12,000 children drop out of school in Bulgaria each year due to financial constraints.  Quite often they take to the streets and are threatened by trafficking, prostitution,  drugs, crime. Participants in the run will help ensure a free hot meal throughout the school year for 80 children from the area of Vidin, one of the poorest regions in the EU where unemployment scores 46.4%.

For details and registration: www.tole-run.com.